Posted by seancorning on January 4th, 2022 Posted in: Blog January has been designated by Congress as Cervical Health Awareness Month. According to the National Cervical Cancer Coalition (NCCC) over 13,000 women are diagnosed with invasive cervical cancer and over 4,000 will die each year. Despite this prevalence, it is a highly preventable form of cancer, which is one reason cervical health awareness is so important.

The vast majority of cervical cancers, over 91%, are caused by human papilomavirus (HPV) infection. There are many strains of HPV, the majority of which are low risk and don’t have a chance to cause cervical cancer. HPV is estimated to be the most common sexually transmitted infection (STI) in the United States, with an estimated 80% of women over 50 having been infected by some strain of HPV. The strains of HPV that can cause cancer are known as high risk HPVs. HPV can also infect men and can cause cancers other than cervical cancer, such as oropharyngeal (throat) cancer. According to the CDC, around 36,000 cases of cancer in both men and women are linked to HPV infections. While they don’t lead to cancer, low risk forms of HPV can have other effects, such as genital warts.

Due to the strong link between HPV and cervical cancer, it has been demonstrated that by protecting against HPV the risk of cervical cancer can be almost eliminated. This protection has been achieved through vaccination against the HPV virus. Three different HPV vaccines have been approved in the US: Gardasil, Gardasil 9, and Cervarix, with only Gardasil 9 currently in use. These vaccines have been added to the roster of routine adolescent vaccinations, currently recommended at age 11 or 12. Widespread vaccination has been linked with significantly decreased cervical cancer rates. A recent study showed that the HPV immunization program in England has resulted in a 97% reduction in risk of cervical cancer for those vaccinated at ages 12-13.

In addition to vaccination, screening can identify cervical cancer as well as identify changes that may lead to cancer. This allows for early treatment, increasing the likelihood of survival and reducing the severity of the cancer. Screening takes two major forms: Pap smears to detect cancerous or abnormal cells and HPV testing to determine risk from HPV infection. MedlinePlus has more information on cervical cancer screening.

Raising awareness around cervical health is critical in the fight against cervical cancer. Between screening and HPV vaccination we have many tools to successfully reduce the impact of cervical cancer. 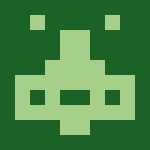