Teri Clover, Program Manager for Emergency Response for the Boston Public Health Commission, is the coordinator of the Outbreak! program at The Public Health Museum in Tewksbury, Massachusetts.  Now in its ninth year, Outbreak! is a public health experience for high school students offered each summer to expose students to careers in public health. Clover, an alumnus of the program, is excited to share the life changing impact this program has with teens.

When you were a child, what did you want to be when you grew up?

Teri wanted to be a veterinarian, then a doctor. Teri’s mother is an occupational health nurse and longstanding presenter at Outbreak!. After “being dragged” to Outbreak! herself in high school, Teri decided to pursue a career in public health. “I had no idea the field was so broad until I attended the program” a smiling Teri said, explaining that public health is not just epidemiology, but virology, nursing, dental health, community health, environmental science, and more.

How has NLM and NNLM been a part of your career path and work with The Public Health Museum? It is through grants from NNLM that the Outbreak! program was able to be offered free to all students and Teri was able to participate as a high school freshman. “I’ll never forget, one of our presenters, Dr. Al DeMaria, said ‘doctors can change people’s lives, but public health can change the world’, and it was that statement that gave me a perspective on community health,” said Teri. Teri went on to be a nationally registered and licensed EMT while studying as an undergraduate at Boston University where she pursued a BS in health science and recently completed her MPH with a concentration in emergency preparedness and infectious disease, leading ultimately to her position with the Office of Public Health Preparedness for the city of Boston.

In preparing the Outbreak! program, Teri was struck by the student applications she reviewed. “Many students came into the program saying they were interested in medical fields, but by the end of the two-week program they were seriously considering other career options within public health” she said.

Teri shared that the students used PubMed as a resource search engine for their final projects. Topics included homelessness and affordable healthcare, vaccine hesitancy, the Hispanic culture’s impact on public health, and malnutrition in Afghanistan and more.  Teri said “I’ve used PubMed hundreds of times throughout college! And David Hamer and Michael Ulrich, who both presented this year, each have multiple articles published on PubMed. It’s an amazing resource! My go to for peer reviewed public health and medical sources.”

The pandemic forced the program online for the second year in a row. A benefit of the virtual program was unexpected; geographic barriers were removed since participation did not have to center on those in driving distance of the museum. “For the first time, we had over 60 students enroll. We had participation from 7 states and 2 countries- it was incredible”, said Teri. Teri engaged professors from area universities and health professionals from the Boston-area to present to the students. Teri shared that the virtual program worked well for the presenters, as they could participate right from their offices. The program also uses peer mentors to help the students. “Our mentors are young people who have been through the program and are now in college pursuing public health degrees as a result of their exposure through Outbreak!,” said Teri.

What is one word you would use to describe NNLM?

Teri shared that the Public Health Museum loves partnering with other organizations to bring the history of public health to the community. Through creative programming and the use of teleconferencing during the pandemic, the museum has been able to partner with the Spellman Museum of Stamps & Postal History to present the history of medicine in stamps; the Lawrence History Museum to discuss the Pemberton Mill collapse and how it influenced public safety, and a forum about the Tuskegee Syphilis Study and the impacts still felt today around vaccine hesitancy and the African-American community. Online programming has removed barriers to participation and allowed the museum to reach audiences around the world, a feat that in-person programming could never achieve. The museum also partners with local libraries to co-host book talks and virtual tours, reaching senior centers, schools of nursing and even garnering interest from middle and high school STEM classes.

What are some of the coolest things at the Public Health Museum? The iron lung displayed at The Public Health Museum.

Clover said that, in addition to the museum’s online pandemic timeline and quarterly book club discussions online, opening back up to the public on a limited basis for tours has been beneficial for the public and the museum’s volunteers. “We have an iron lung, which is very cool, and a smallpox inoculation exhibit. Smallpox is a disease that has been eradicated from the planet, and I think it gives hope to people, especially in these trying times”, said Teri. The physical space at the museum is in an 1854 building on the campus of Tewksbury Hospital, originally an almshouse. The building has impeccably preserved WPA murals in the museum space which Teri urges those in the area to see.

About the Public Health Museum Incorporated in 1991 and open to the public since 1994, the Museum has the distinction of being the first of its kind in the nation. In the field of public health, Massachusetts was the first to collect statewide vital statistics, the first to implement a sustained state board of health, and the first to introduce communicable disease reporting. 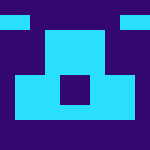